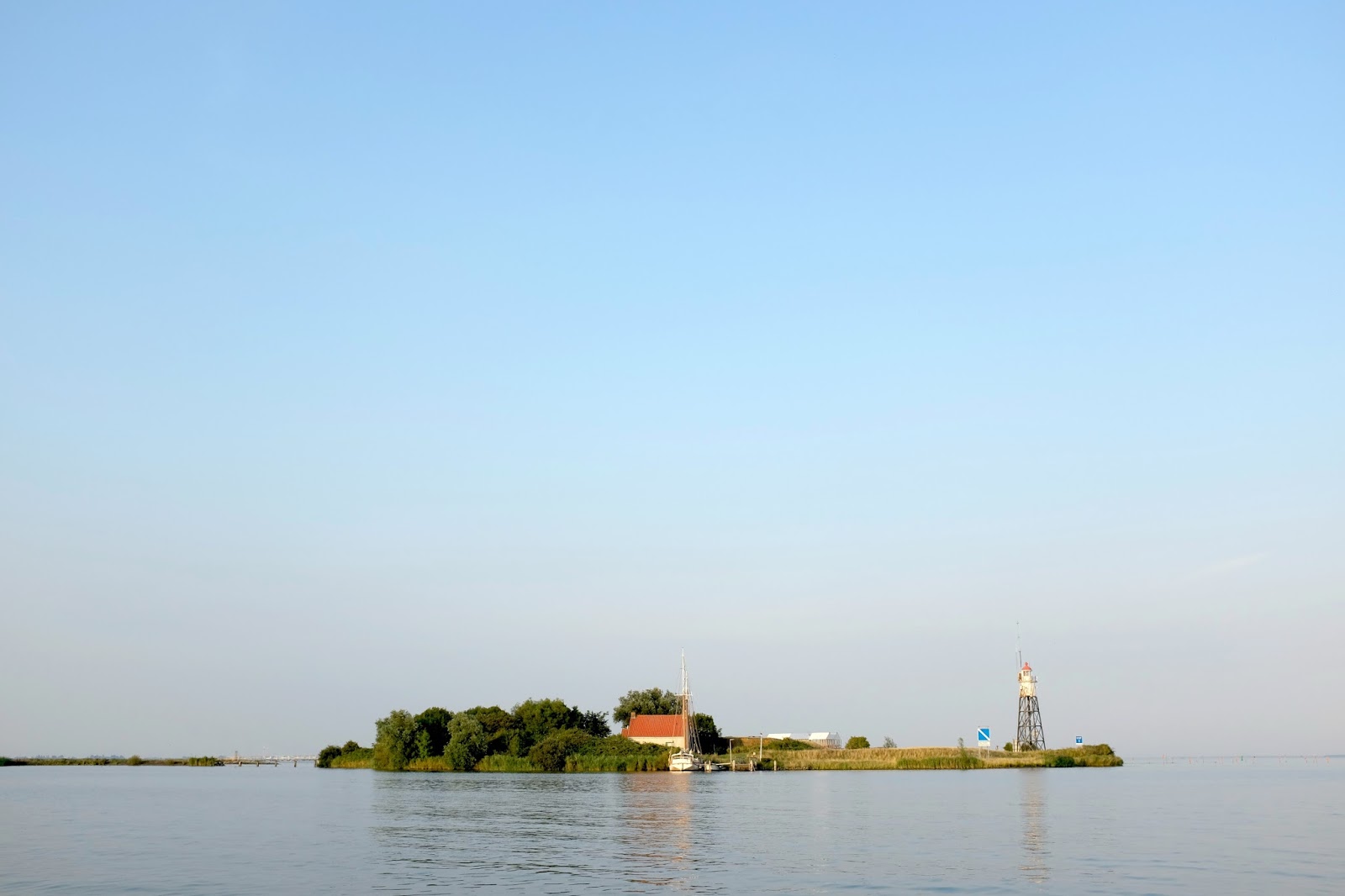 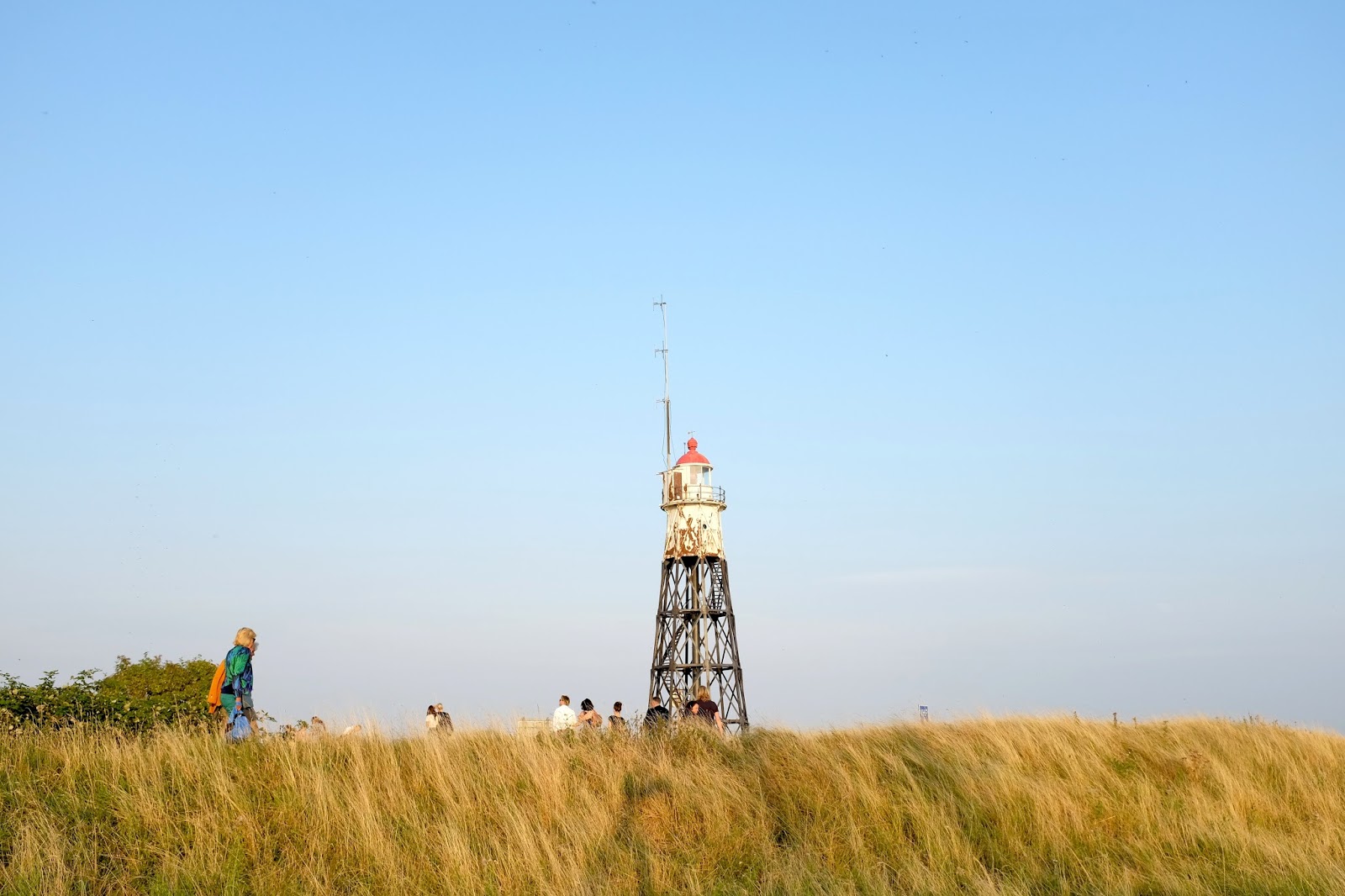 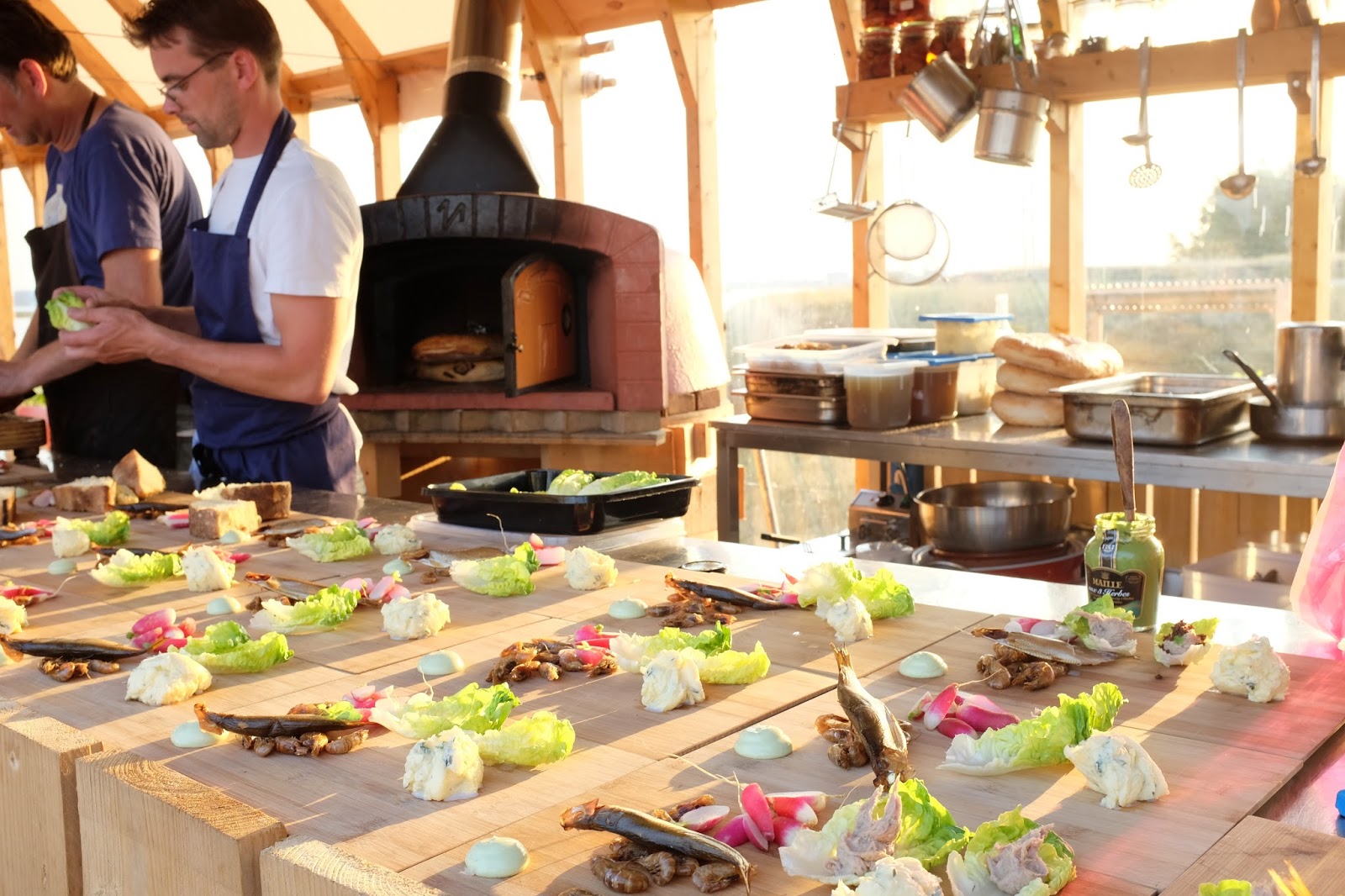 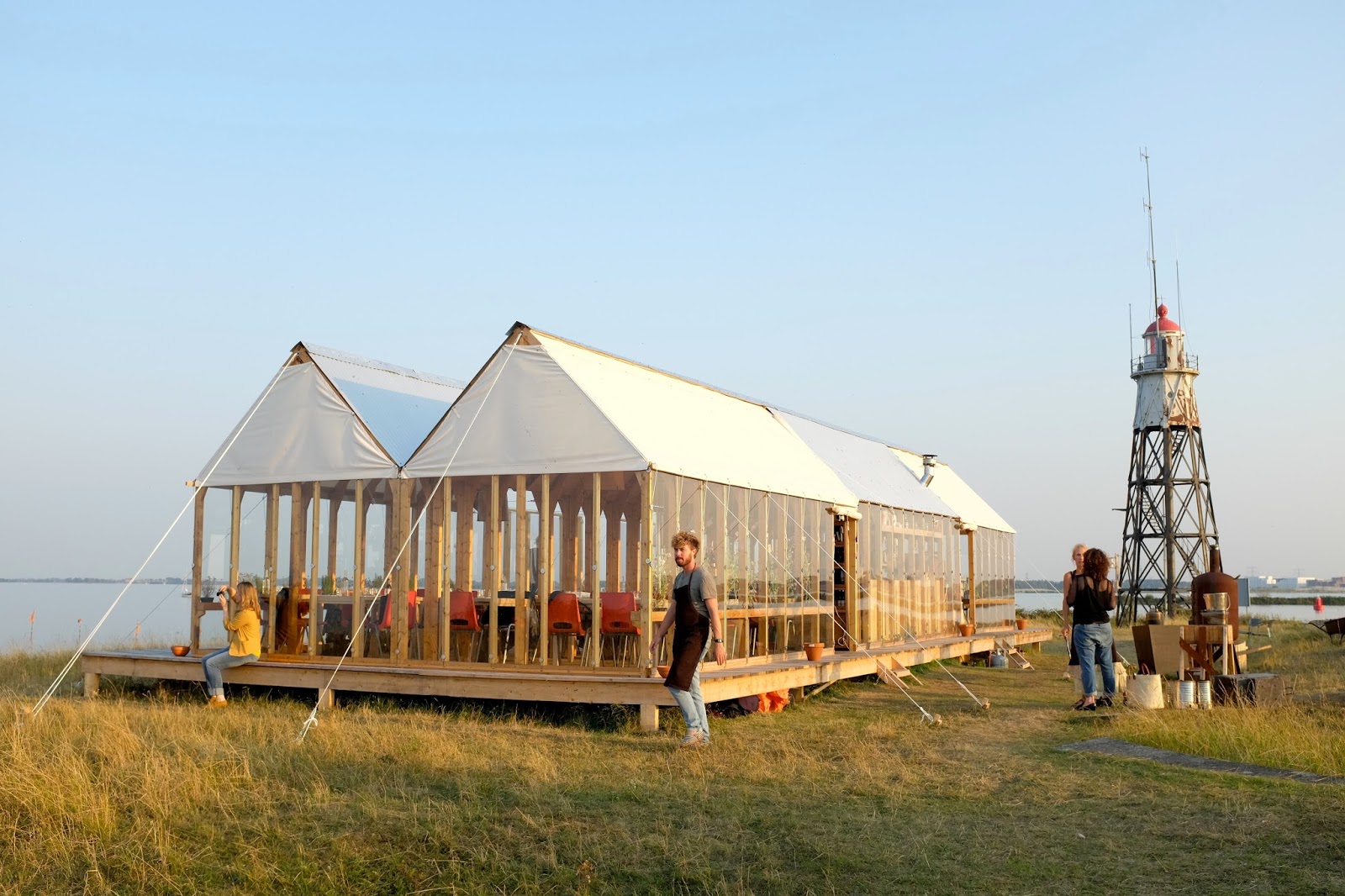 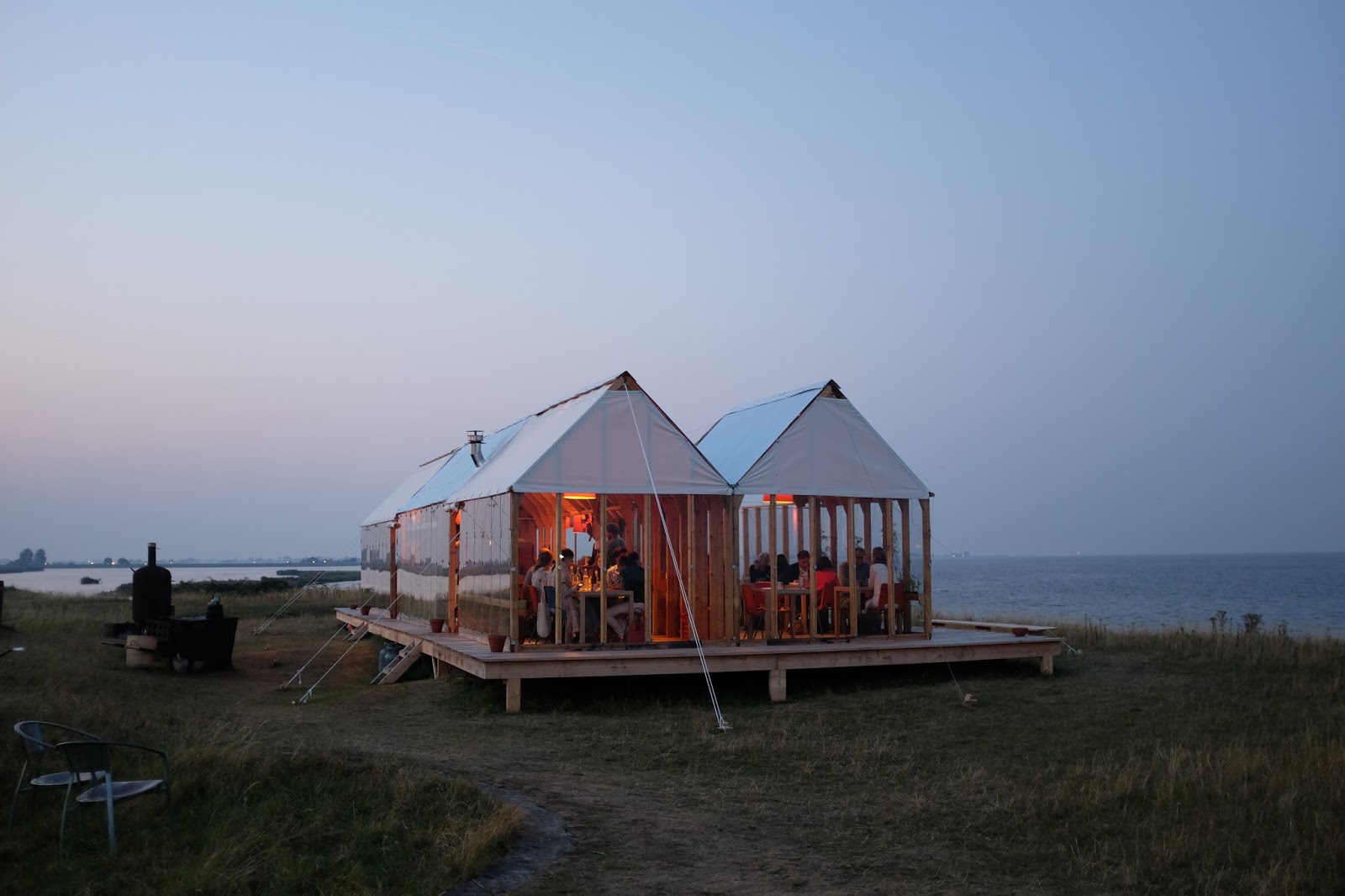 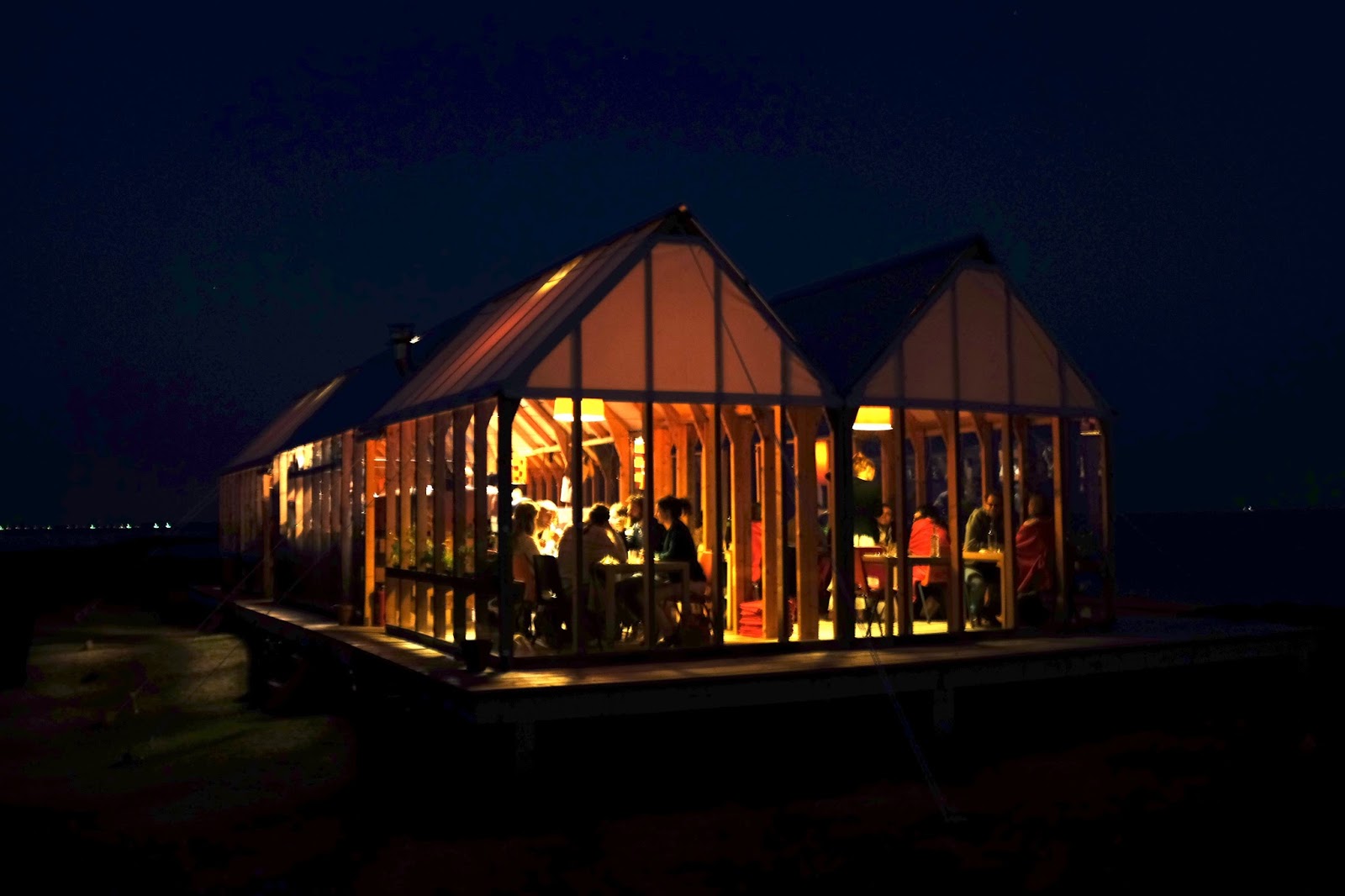 Barely the size of two football fields, Vuurtoreneiland in the Markermeer, close to Amsterdam, is a quiet little island that can only be reached by boat. On it are a house, a lighthouse (Amsterdam’s only one, built in 1893, before the island was hit away from the mainland during a storm), a small fortress and a handful of sheep. The island was used in the past to defend our capital. Right now there are plans to exploit it and make it available to the public (hopefully in harmony with the character of the island). Until these plans are final, a temporary summer restaurant has been opened on it from July until September, on limited evenings and afternoons.

We were lucky to obtain tickets, which exactly describes how we felt when we entered the island earlier this week: lucky!! The boat trip itself was already a gift (Amsterdam and its surroundings are always nice places for boat trips), but on the island we were walking around like a bunch of happy kids that had never been out of the city. Such a peaceful place, with water everywhere (of course Eva, it’s an island – have you never been out of town?!!?) and then there was that light – just beautiful. The restaurant was located in a temporary greenhouse, which contributed to the one-with-nature experience. The food was great (except for the main dish which could have been better, but hey who needs perfection ;-) ) and so was our company (new parents Fleur and Fabian!). So I guess it was just one of those evenings you won’t forget. Lucky us.